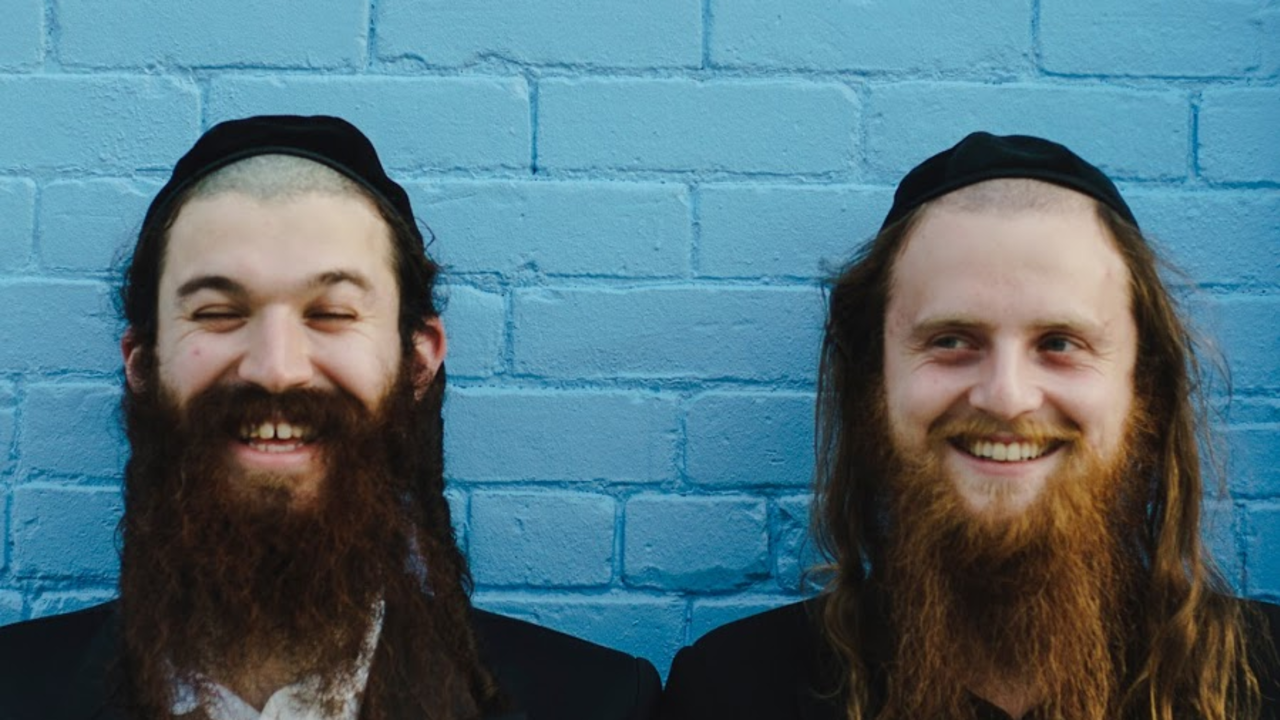 "We started jamming out with friends. One of our friends decided we should meet each other and through that present audience of just friends it grew. The more we related to that experience, the more people wanted to be a part of it. One person felt good about what were doing, so he told someone, and the word spread that three guys are playing together and that you should listen to them. It started as group of small shows, first it was a birthday, to a gig in the village then all over the world. People feel close to us as we feel close to them even if they live hundreds of miles away".

Sitting down a few weeks ago with friends, Shlomo (lead singer), Zachariah (guitarist), and Paltiel (manager), of the star band, Zusha, was something special. I had met the band 6 years ago when aimlessly wandering into Chabad of NYU. On my way to Israel, I had stopped over in New York for a few days to spend some time with my cousin. I needed a place to go to for Shabbat (the Jewish day of rest). Not knowing anyone as I strolled into this 5 story Chabad House, I first met Dani Bronstein, who would later become the first manager of Zusha. Dani, quick to realize I was a newcomer, introduced me to dozens of students who were from colleges all over New York City, including this extremely tight knit pack of loving, inspired souls, three (including former band member, Elisha) of which would later start the band, Zusha. We spent the night sharing words of wisdom and inspiration, they had me over for lunch the next day, and we sang songs into the night. I knew there was something uniquely special about the singing, something loftier, something beyond the normal realm of reality... Little did I know, that singing would continue into jam packed apartments, and then onto the big stage, inspiring myriads of people in a positive, more spiritually uplifted direction.

Zachariah: We met, not trying to do music, we met as friends. We met just for the sake of getting together, and making music, and connecting as fellow yidden.. as fellow friends. Shlomo: Not for the sake of making music, we met just to connect. We happened to make music. It was a natural, next thing, that took place. We met for the sake of connecting. Zachariah: We each had our own journey through college, but along the way we have steadily grown from just playing in a college like NYU, a New York college scene, to playing all around the world. Places like Australia, Russia, London and Canada. These crazy places. Here we are 4 years later, and we never thought we'd be doing music now.. but its become our lives and its been the biggest blessing.. I think.

How did you gain your initial traction?

Shlomo: We call it attraction (play on words)... You know, It all started with friends. Everything starts with friends. Even HaShem decided to create the world, because the Jewish people said, "Hey HaShem, ya know if we create the world, we'll be able to connect to You." HaShem said "Okay.. Create the world" So too here. One of our friends said, "Hey, you guys should meet each other." We met each other, and there were other friends there too, and basically that began our first audience, which was just friends. It wasn't even an intentional audience, it was just the people who were present. It was just so natural to be playing and just for other people to be enjoying. That kind of just grew over time. The more honestly and the more earnestly we related to that experience. The more people wanted to get involved. It was like, mitzvah gorerehs mitzvah. Following in one mitzvah will lead us following another mitzvah. Vice versa, missing the point one time, will probably be missing the point the second time. So too by here, when one person feels good about something, they share with another person, and they share with another person. Then the word spread around NYU that there are these 3 guys that are playing together, and you guys should hang out with them, it would be cool. Then a birthday party, a friend let us play at a birthday party. We played like two songs. People were listening, they thought it was the radio, they turned around, they saw it was real live music. They were like, "WOAH, that's COOL! Then after a couple things like that, we had our first official gig, in the village. It was a dialectic experience. It was both, music and there was a gallary of artwork, curated by our really close friend Nathan Gallan. The rest just continues, people continuously spending time with friends. Friendship has really allowed us to grow. As people feel close to us and we feel close to them, even though there's hundreds or tens of thousands of miles that separate between us.

Zachariah: I would just say that, in terms of the first couple of shows we were playing,, it was very much like an East Village kind of audience. Kids that were living down there. Art shows.

Shlomo: Packed apartment, we would have 150 people. Places that would fit 40 people comfortably, 150 to 200 people over the course of the night. It was packed! It was crazy! Then Mercury Lounge our EP release, which led us to Knitting Factory. which led us to the Highlight Ballroom, which had a bunch of other bands invited on. then we did our own show at Ballory Ballroom and it really exploded from there, on Purim that year. Also we had a show in Israel at this place called Bubahs with the Portnoy Brothers, and a lot of blessings came down from there.

Walk me through the experiences of the first shows

The perspiration was melodic. You walked in and you'd see someone from the college you're going to, someone from a college you heard of. You would meet your friends, friends, friends friend and all the meanwhile, people were getting ready, like "Okay now.. who's this band?" We started to play, and it became like a prayer house. This little apartment became like an expansive prayer house. Somehow there was room for everyone and it was filled with beautiful artwork from different artists photographers, fine artists. I think we borrowed my brother's sound gear. Drove back from the Washington Heights drove back after. I forgot one cable, it was like a whole maaseh (ordeal) [laughter]. It was amazing, it was great. We had no idea what to expect. It was just kinda like an explosion. People were just like, "Woah." It was an explosion of inspiration, introducing people to other people through the medium of music, and really seeing people connect to themselves. The first picture we put up on the instagram page was from that night. You know, back in the day, the iphone, it becomes very fuzzy, especially if you hold the phone a certain way. It was just this fuzzy picture, with our first experiment filter. If you look at the picture you'll get the show very deeply. It was maamash (literally), just like prayer and we were just using songs to get there.

What is the message of the next album?

Zachariah: We started with a young hip Jewish NYU scene. We then decided that this message could be grown and go worldwide. So we went to secular places like fox news and the Jewish world found out. This next album we are trying to go back to the roots and do some more english stuff. Keep it authentic and a way the people can understand.

The goal of the next album is to walk further into the forest of song. We are exploring new ways of writing music and new ways of listening to music. What is done or what hasn't been done. We are already defined and now as we are comfortable it can evolve as we grow together.

The goal is to work with the artists we have been performing with. This album we are not just grouping the songs together, but thinking about where they go and what the theme should be. We have been recording and now we will figure out the theme. Like shooting an arrow and drawing a bullseye around it.

Do you guys have a record label you are a part of?

We don't, but will permitting we would join one. If their will can match ours without giving up much then we will consider it. If a label can offer something that will benefit, not impose, then we are open to it. Some people get imprisoned to labels and it could be a lot.

What is something you do before a show to prepare?

We ask Hashem to open the hearts of the people in the crowd and hope that people receive what we put out.