Are You Part of The Problem Or The Solution? 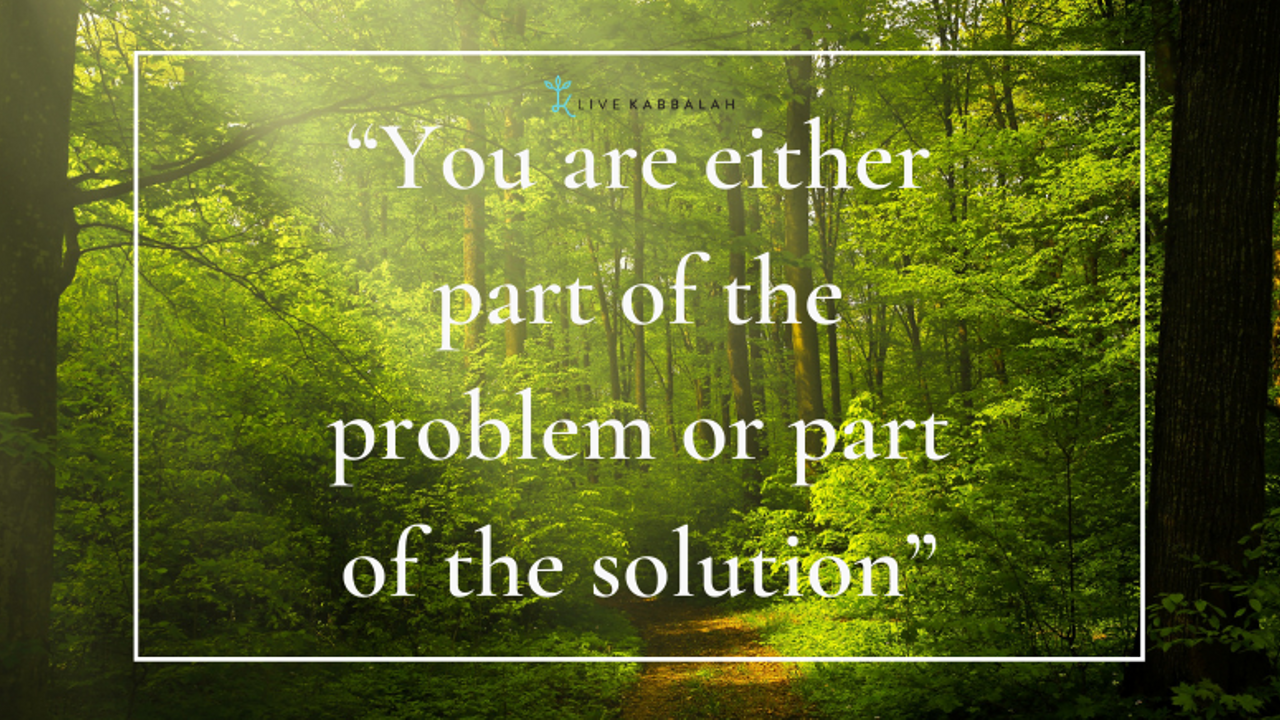 Calling in our family for an emergency family meeting, Miriam and I realized things had to change.

We thank G-d, are blessed with a large family, with different age groups and levels of maturity, in a smaller area, with limited technology and a limited amount of tending which we can attend to as parents.

We acknowledged the difficulties of being in yet a third lockdown with schools out for the third time.

Our children have to be in a brand new type of school. Being a remote student is not an easy thing for kids. Not at all, and we emphasized that.

As any parent with their kids home for any amount of time knows, there can be lots of dramas and even mayhem in the home-front command.

Having kids home for a prolonged and unknown amount of time can be complete mayhem, both emotionally and socially.

Upon convening the gang, some begrudgingly, we sat down. As the paternal role model in the house, I passionately asserted: "We are all living together and contribute to this one house. All of our chores are essential and appreciated by the entire family. We are all either part of the problem or part of the solution. We either grow, or we regress".

Thinking about this slogan, I decided to make it into a sign, "you are either part of the problem or part of the solution."

Thinking more about this slogan, I realized that this slogan should be pasted everywhere on our government institutions, schools, medical facilities, workplaces, everywhere!

In any and all arguments there are multiple sides and multiple perspectives. Ultimately we have only two options to grow or to regress, to act from our higher selves or act reactively and automatically

Changing the way we engage in arguments

Our society is broken with many great meaning individuals on all sides of the political and social arena. When we cannot agree to sit down and have an amicable argument, something is MAJORLY broken!

We are all either part of the problem by repeating a thought, speech, or behavior or part of the solution by changing the ways we engage.

To change the way we engage requires knowing why and for what we are really fighting for and about and for who?

We often fight for our principal, because we want to be right and not for the sake of finding the truth, since we think that we already have the ultimate truth.

Other times, we defend a position because we are not confident enough to entertain a differing opinion. On a deeper level, "truth" can become a divisive idol, which does not allow for a greater truth -peace and shalom.

You see, to entertain a contrary opinion does not make one weak. Just the opposite, it shows vulnerability and strength.

Do you know what the cause of most amounts of deaths in world history is? Religion and "holy" wars. Does this mean that religion is evil? Of course not. It means people's fickle self-righteous beliefs are immoral.

The lack of acceptance of someone else's belief is the problem.

When one relinquishes from the firm grasp of their absolute truth to consider the other's greater good, a more profound collective truth emerges. We call this peace.

There is a verse that says “Emet-truth and shalom-peace you shall judge within your gates” (Zacharia 8,16). The Talmud asks, "if there is truth, there is no peace, and if there is peace, there should be no truth," The Talmud replies,  that a truthfully peaceful resolution of the dilemma is through mediation. It takes a great judge to bring together two contentious individuals. Mediation takes the ABSOLUTE truth and extends its narrow boundaries to incorporate differing opinions and to unite contradictory ideas.

The Talmud says about the Sages who used to "go to battle" with each other. After the argument, they returned to be beloved friends.

You see, it is not an issue to disagree and argue for your truth, but be sure to know where it comes from, a need to defend, or a need to connect.

It is known that the two 2nd century sages Hillel and Shamai, had voracious arguments regarding Jewish legal law. The intense debates they engaged in did not preclude them from remaining best of friends.

Korach, on the other hand, argued that he should be granted a more esteemed position. He rallied up a robust collision of scholars, foot soldiers and rallied against Moses. Although many of his arguments made sense logically, he was fundamentally wrong in his selfish intention. He did not argue for truth; he argued for his own pride and power.

So are we fighting for the absolute truth? Can we perhaps take the viewpoint of someone else and see it from their position? Is peace- shalom a greater truth?

Before the next argument ensues, remember, "are you part of the problem or the solution”?

Dive into an ocean of wisdom, inspiration & growth with Live Kabbalah, an interactive global learning community for people of all backgrounds to learn about and advance in the rich life-changing wisdom of Jewish mysticism, Kabbalah & Chassidut.

Gain a deep understanding of the Structure of the Conscious, Subconscious, and Superconscious Mind through live webinar classes, guided hypnosis and meditation sessions in the New Semester,  "The Doorway To The Subconscious".