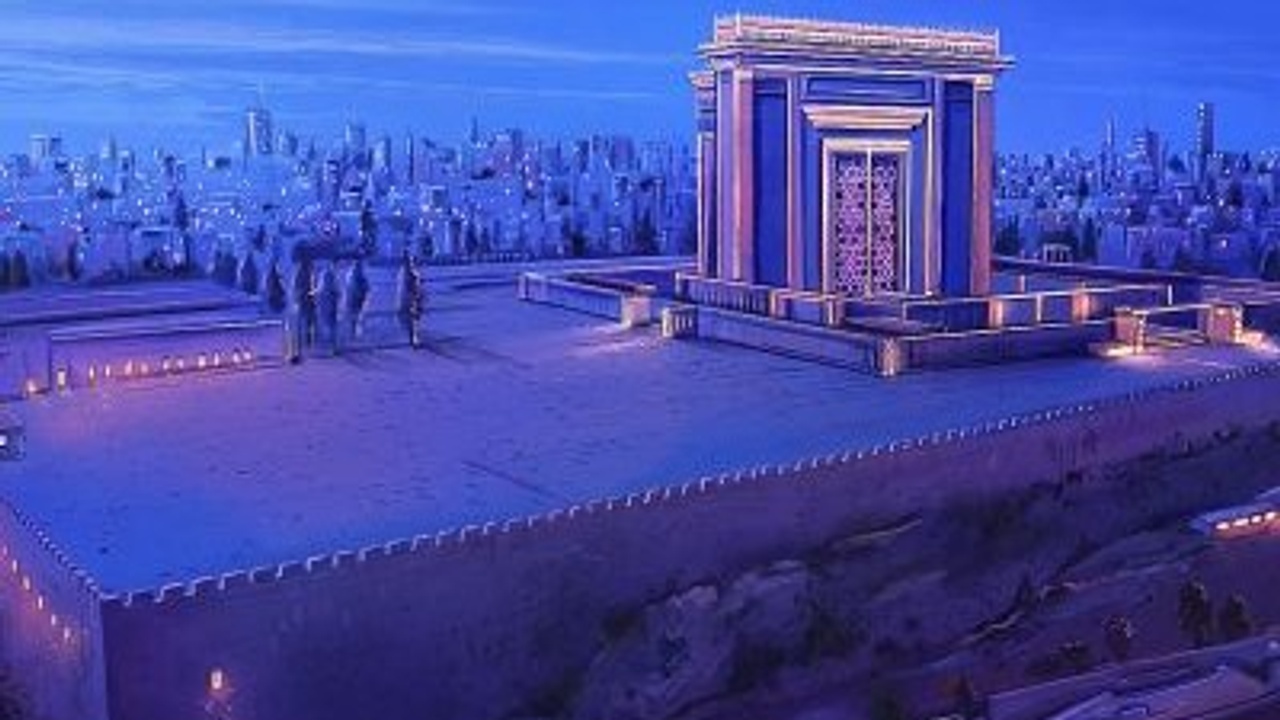 The Torah elaborates about the encampment of the tribes of Israel, “each tribe with the flag of his tribal household”. The Midrash says that 22,000 angels were envious of the positioning of each tribe and their flags. The question asked is, what is the deal with flags, and why were they jealous? After all, they are angels?
The answer given by the Meor V’Shemesh is that the angels realized each individual within klal Israel was connected to the greater whole while having their independent task, their flag, their unique role. In their distinct tribal duties, the children of Israel are entrusted with realizing the Divine plan in this world. But can flags fragment us?

Today was the first day that I went back to Meron after the terrible tragedy that hit Lag Ba’Omer, which claimed 45 lives. The feelings that I felt were a mixture of solitude and solace as well a palpable air of the unknown and unthinkable has transpired here, a realization that I will not be able to understand the ways of God. The other feeling that I felt very strongly about is that as great as Meron is and the tomb of Rabbi Shimon is, it is not a substitute for the ultimate place we are aspiring towards. We must come to the place where there is room for everyone as the Talmud says "bowing down and there was room".

Although it is Shavuot which we are upon, why is the day of Lag Ba’Omer celebrated perhaps more than some Biblical holidays? There are two answers: 1. It was the day of his passing called a Hillula- a wedding celebrating the eternal ascent of this holy soul to yet higher spheres in heaven. According to Kabbalah, those who celebrate the Hillula ascend as well, each according to their level.

The second reason is that the students of Rabbi Akiva stopped dying. The Talmud explains an epidemic that killed thousands of people in the land of Israel, including a whopping 24,000 of the greatest sages in the world, who died in the period between Passover and Lag Ba’Omer. The last of the students stopped dying of Lag Ba’Omer and therefore celebrated as an end to a tragic year.

Although this seems like a bit of a melancholy reason for celebration, the Talmud hints that what happened after Lag Ba’Omer is the true source of celebration.

After losing his life endeavor, literally an army of Torah giants, Rabbi Akiva picks himself up and begins again. He chooses this time a select amount of students, five in total, and restarts the healing process of brokenness and deep pain. Rabbi Shimon was one of these students.

The greatness of the day of Lag Ba’Omer is not in looking at the past, rather by looking towards the future by internalizing the lessons of the past.

To look towards the future, one needs to learn from the past. Why did these students die? The Talmud says that they died because they did not have ample love for each other.

Isn’t it strange that the very students of Rabbi Akiva, who famously said, “Love your fellow as yourself, this is the entire Torah,” who fail to heed the supreme teaching of their master?

The Lubavitcher Rebbe explains that each student did love the other, so much so that they wanted the other to be like they were. Out of sheer conviction of their way, they were sure that they would be doing them the greatest service by convincing the other of their way.

Rabbi Akiva realized that in the mass gatherings of his teaching, his precious students missed the point. He started again with a select few who would understand this.

The story of hopping on the Zion train is an old one. While traveling in the Desert, the Israelites had many stops; while each one was unique in its way, they were mistaken in wanting to stay behind and bask in the security of the place that they were in. After all, it is human nature to read stability and feel secure in the position that one is currently in.
The trouble of feeling an extra measure of security in a turbulent situation is that it is often transient if a firm plan for the ultimate solution is not in place. Flags express the uniqueness which each segment in Judaism (and the world) adds to the collective beauty of the whole.

In 1837 the worse earthquake to hit the Middle East was recorded. The great Rabbi of Tzfat, Rabbi Avraham Dov of Avrich, said that the reason was that they substituted Tzfat for Jerusalem and that it was “the jealousy of Jerusalem” that was the spiritual cause of the earthquake.
We are living in turbulent times. The moment we thought that we could “go back to the normal,” we realize that there is no “normal” anymore. The normal of society is upholding a temporary status quo within society and on the individual level. Perhaps G-d is telling us, “I want more for you? you don’t need to go back to the status quo”.

Although the Torah was given in the Desert, the Prophet says, “From Zion, the Torah will come out.” We are waiting for that new Torah, the Torah of Zion, the Torah, revealing how all the travels we ever went through are for our good and that there is only good because Hashem is good. It is the Torah of peace, oneness, and true transformation that we are awaiting and yearning to receive.
Happy Shavuot!