Positive Thinking- What Kabbalah has to Say 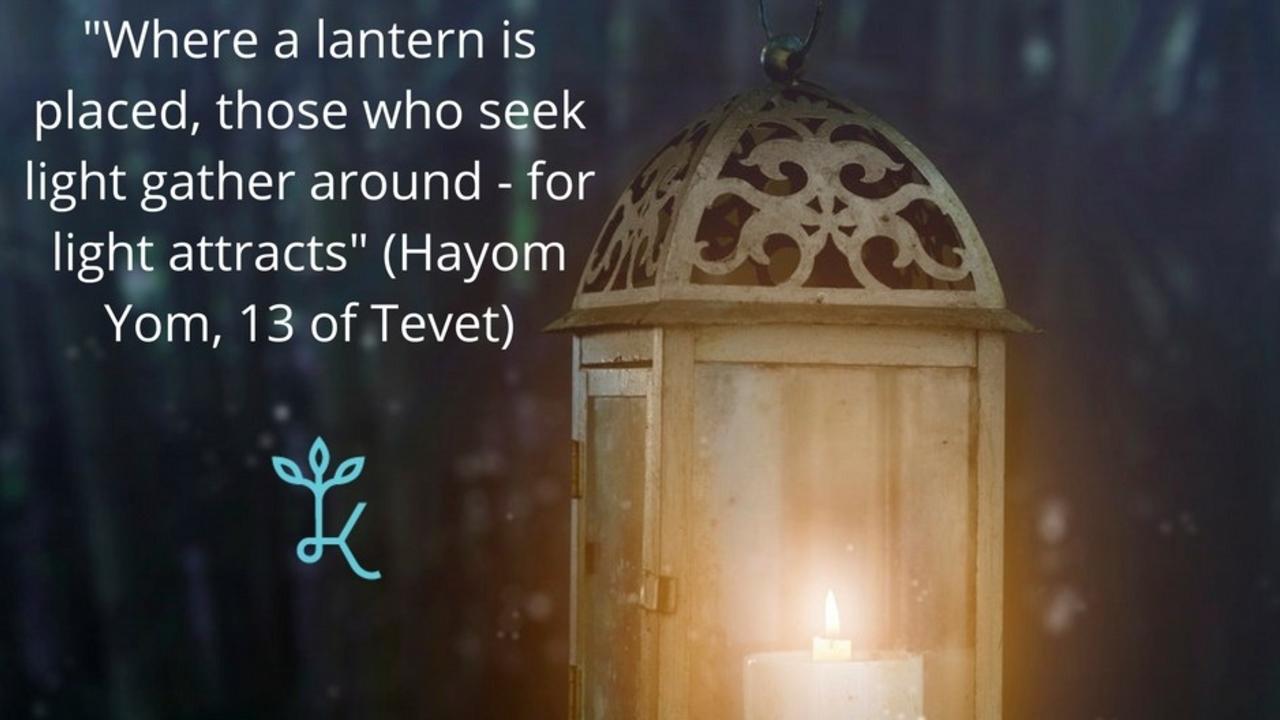 There’s this wonder that has entered the world in the last couple decades, called “The Secret”.

The Secret, they are telling us, is basically this concept that every successful person in history knew (although it's only recently become common knowledge). They knew, but not necessarily did 99% of the rest of the generation know of it. This enabled these leaders to leverage their knowledge of this information over everyone else. The book the Secret shows quotes from a plethora of individuals showing that they believed these things truly.

So what’s the Secret? It’s otherwise known as the law of attraction. That I can will a certain reality into my life with my thoughts. They show people that have made vision boards of their ultimate reality and having fallen upon their boards later in life to see that it’s exactly as they had made their board. In one case, he was in the exact house he had on his board.

Now, the question at hand is “Does this have a source in Kabbalah?” and, if so, “What does Kabbalah have to say exactly?” Furthermore, “How does this fit into living a life that G-d wants us to live?”

First things first, yes it does have a source in Kabbalah and I would venture on to say it’s more likely that this concept passed down throughout the generations originally generated from Kabbalah than was it from individuals falling upon it from happenstance.

There’s more than one source in Kabbalah that can be provided, but one source is that there is a concept that it’s taught that, “G-d creates the world every moment with speech.” He’s speaking you, I, the upper worlds, the lower worlds, into existence every single moment. He’s even speaking the moment into existence as well. Furthermore, it’s taught elsewhere in the Talmud (I believe mesechta Brachos), that “Everything that comes from G-d’s mouth is a blessing.” Additionally, as stated in my last article on Trust, G-d wants to do that which is good and right from your perspective of good and right, simply because G-d is good and it’s the nature of goodness to do good. Lastly, G-d wants man to become a partner with Him in creation. As stated in Breishes, “Let us make man in our image.”

Now to reconcile these statements into a picture of what we are talking about. If G-d is constantly speaking the world into existence, and everything he speaks is a blessing being that He wants to do good by you… Then, part of our work in being a partner with Him in creation is to try to think what He is thinking. As I have heard Rabbi Manis Friedman give a class on this subject. Rabbi Friedman had mentioned, when someone responds in relation to what their plans are in the future, “Whatever G-d wants.” They aren’t showing the right form of thinking. One must try to actively think what it is that G-d wants. By doing so, the individual is attaching his thought to G-d’s thought, allowing him to channel the ideal situation into manifestation.

One thing, as Rabbi Friedman had mentioned, that the Secret was unable to explain one very crucial aspect of the law of attraction. Namely, a positive thought is much stronger than a negative one. First and forever most (aside from Rabbi Friedman’s point), why would that be the case? Such a random sequence in this structure of the way of the world. Well, this is because G-d is actively creating the world. How is He creating it? He’s creating it with words. What type of words? Words of blessings, words of positivity.

We as partners in creation, are to try to think and act with G-d’s thoughts, with G-d’s words. This is essentially what G-d wants. G-d wants us to do it, He doesn’t want to have to do it for us. Now, there are issues that the Secret itself presents, which Kabbalah doesn’t. For one, the Secret tells the individual to sit around and imagine the ideal scenario and that this itself will cause it to happen. This is misleading. Although imagining the positive scenario may very well inspire you and help you clarify what exactly it is that you want. Which will help you in figuring out the necessary actions to acquire that which you are imagining. Although, prayer can change you and can change reality itself. There is however a necessary component that G-d often wants from us in addition to these things and that’s action. Action is always the main thing. The Secret suggests the thought will open the pathways that allow things to fall into your lap. Now, the thought helps align you with the outcome you seek, but you have to do the necessary actions that will bring you there. You have to go in the direction of the positive reality or outcome you have aligned yourself with. It doesn’t come automatically.

Another caution, positive thinking won’t allow someone in their 60s to be able to play in the NBA by next week because they thought about it. This world is the world of teva, the world of nature. One has to work in a way of nature. Yes, with positive thinking, you can accomplish wonders you never thought you would be able to. But, I’d put my money on that 60 year old that hasn’t shotten a basketball in 20 years not being in the NBA next week. Positive thinking, has to be coupled with the proper actions and things take time, they don’t usually happen overnight. Don’t necessarily expect it to happen overnight, but if it does, then good for you. Yes you can accomplish your dreams and goals, fulfill your mission by thinking positively, but it doesn’t mean you can completely jump beyond the natural order of things, especially without beyond this world type of action.

Now, lastly, how does this all fit into G-d’s plans, G-d’s desire for a dwelling place in His world, doing what G-d wants in life?

Well, if it’s money you’re after, the Rebbe, Rabbi M.M. Schneerson, wanted everyone to be rich. Said it is not a contradiction. If anything, the materiality can greater support and bolster the spirituality if you use it correctly. Said if being rich is a test from G-d, and being poor is a test from G-d, why would we not take the test of riches? So if you’re trying to manifest money, no issue, but how are you going about acquiring it is the real question. What is your focus in having abundance, is another extremely vital question. Do you have the proper trust? - which means you conduct your business affairs lawfully? If you’re a Jew, Kabbalah says a Jew has to keep shabbos as much as it says anything we’ve already stated. Are you keeping shabbos? Is the money the main focus of your reality in life or is the spiritual purpose within the money your focus? Is the spirituality of your life your focus and the abundance is just something that can enhance the spirituality of your life and the good that you can do?

The way we just framed money, as an example, so too for everything you may want to manifest into life by thinking positively. Yes, it’s all a great method to do anything you want in life, but make sure it’s a part of the good you’re here to do, and not an antithetical aspect of your life. Many areas of life, are things you can channel for the good and uplift towards the good. Some things in life, you can’t uplift. Make sure your positive thinking helps you manifest a more G-dly life and world, and that it doesn’t come as a compensation to your spirituality and the world’s spirituality.

Dealing with the Unknown

There's two stories that famously reconcile the perspective we should have in dealing with the unknown. These two stories originate from the great Rabbi Akiva, and Nachum Ish Gamzu, whom both were Rabbis of endless faith and trust in G-d.

Firstly, the story about Rabbi Akiva, whom when traveling to a city had with him a donkey, a rooster, and a candle. He had sought lodging in the city, but they would not let him stay for the night. He did not get upset, did not complain, just said, "All that G-d does is for the good." - meaning "this too will lead to good."

Similarly, Rabbi Akiva's teacher, Rabbi Nachum Ish Gamzu, used to say "Gamzu la tova" meaning "This too is good." - namely that what is occurring right now, and at every moment in time is, in and of itself, good, not only that it will lead to good.

There's a story in which he was traveling to appease the Emperor of Rome on behalf of the Jewish People. Carrying a precious treasure chest filled with all kinds of expensive gifts, on his way to the Emperor, he had stopped off at a nearby inn, where he would stay for the night. The following morning, he continued on towards the Emperor. When he had finally reached the Emperor, Emperor opened the treasure chest only to see a box full of sand (The innkeeper had replaced all the treasure with sand he had from behind the inn). "This too is good." said Nachum Ish Gamzu. The Emperor in a rage decided the Jewish people are trying to mock him! Upset, he had his guards send Nachum Ish Gamzu down to the dungeon awaiting to be killed by the roman courts. Completely unperturbed, Nachum Ish Gamzu said, "This too is also good."

Upon Nachum Ish Gamzu's trial, one of the Emperor's advisers had explained to the Emperor. "Look, the Jews are no foolish people. They certainly aren't mocking you. This must be the sand Abraham used against Chedarlaomer and his confederate kings. During the war, Abraham had throw sand and soil at them, upon which G-d performed a miracle for Abraham and turned the sand into arrows and weapons, causing Abraham to win the war.. This must be that sand!" The Emperor, decided to give it a try. Sure enough, G-d performed a miracle on account of Nachum Ish Gamzu's trust, and the sand turned into weapons, and Rome won the war. Nachum was immediately released from prison and tons of gifts were bestowed upon him and the Jewish people.

They key takeaway is this.. Everything that G-d does is good. Being that Nachum Ish Gam Zu was the rabbi of Rabbi Akiva, and that they were from two different generations, Nachum Ish Gam Zu's generation was on a higher spiritual level and had merited a greater revelation of goodness than Rabbi Akiva's. Nachum Ish Gam Zu's quote was different than Rabbi Akiva's in that Nachum was saying "Right now isgood." Not that, it is for the future good, while as of now we have to suffer, but instead, that right now is good, as well. Meaning, he never suffered. This type of perspective makes even the current seemingly not so good situation manifest in a revealed and open good form that is palpable to the individual. Positive thinking, especially in times of the unknown, bring us up to a higher plane in which all that exists in a revealed state is good, meanwhile bringing down that revelation from above to below. Turning a seemingly negative happening into a positive one.

Learn the Full Course and Have Available to you all of Live Kabbalah by going to this site: www.LiveKabbalah.com

Published in the Thrive Global https://www.thriveglobal.com/stories/34233-live-kabbalah-positive-thinking