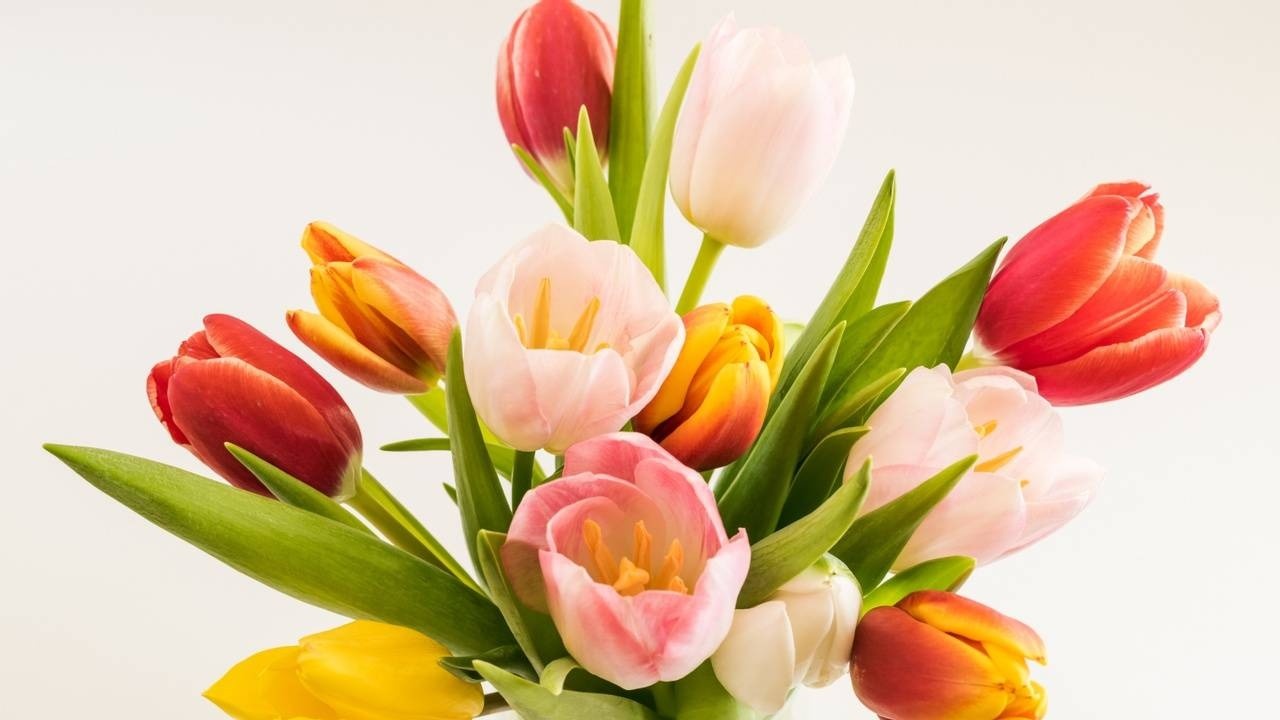 My 89-year-old neighbor recently reminded me of this anecdote when she mentioned a cute little florist shop that used to be on our street while waiting for her daughter to pick her up. That shop was so convenient for picking up flowers for any occasion imaginable. How she wished that the shop was still there. Now she must go all the way into town to get some flowers.

Previously, it was nearly impossible to walk past that florist shop without returning to wherever you came from with flowers; especially with those pretty colorful tulips flirting with you at the entrance at the start of Spring. The florist's enthusiasm and love for flowers were almost dangerously contagious. Every bouquet radiated love and kindness.

One day, as I was browsing through the card stand, another customer rushed in, pushed past me, and shouted over to the florist: "Hi! Is my bouquet finished yet? The one with the apricot roses?"

"I'll be with you in a minute," the florist replied before asking the customer she was serving if she wanted more baby's breath in her arrangement.

"Rather a few more white astrantias," that customer replied, as the apricot rose customer puffed impatiently behind her: "I especially called in and ordered because I'm pressed for time."

Her inner CEO was literally surfacing to remind her that she’s a customer, and thus King. The florist smiled kindly as she looked up from the bouquet she was adding the finishing touches to.

The apricot rose customer's obstinacy emerged layer by layer, holding and consoling her as she desired to be held and consoled.

The florist checked the bouquet in her hand one last time and smiled delightedly at its new owner while starting to wrap it. The apricot rose customer was enraged.

"That's it, I'm leaving! These days, shops like yours have it too good!" she yelled as she stormed out.

Everyone left behind briskly held their breaths and looked at each other, wondering if the florist could reckon with a speedy return.

"You know what, I'll take that bouquet," said the next person in line.

"How much? I'll also take it," said another.

The florist shook her head. "She'll be back. If that's what you're after, I'll make you one too. Got loads of apricot roses."

The customers who came after mostly left with apricot rose bouquets, while the actual apricot rose customer already seemed to be over the hill and far away.

I finally chose a card appropriate for the birthday party I was attending and waited to pay.

"Just a second, Dear," the florist said as she disappeared to the back of the shop.

There were only the two of us left.

"Mrs. Weber, I'm so sorry for the inconvenience earlier. You asked me to make you a stunning apricot rose bouquet, and that's what I did. It's still waiting for you. For only you and no one else," I heard her say on the phone in the sweetest tone you can imagine.

That got me curious.

Why on earth is she bothering?

If that was going to do the trick?

"Not a chance to get past that kind of stubbornness and pride," I reasoned.

It beat me that the florist didn't simply sell the bouquet to any of the other customers.

Despite all her other options, the florist still went ahead and bothered with such an impatient and ungrateful person. Mrs. Weber pushed past me once more before I could finish my thought.

Hm... the gal's got chutzpah, putting her foot in there again after practically banning herself from doing so in the future.

I certainly wouldn't have done it if I were in her shoes... I would have been too embarrassed.

She was overjoyed when the florist showed her the bouquet.

"It looks so lovely; I'm so glad I don't have to pitch up without flowers," Mrs. Weber said as she paid and pushed past me once more.

When I handed the florist the money for the birthday card, she was still gushing like a schoolgirl.

I simply shook my head, perplexed as to how the florist could reward such bad behavior and be even giddy about it. Mrs. Weber deserved to turn up without flowers wherever she was going with that kind of audacity, didn't she?

"How will these people ever learn when people like the florist appease them all the time?" I said to the hairdresser a few doors down a few days later.

This was a few years ago, and the florist shop is no longer in business. Nonetheless, after beginning the first course on the Sefirot with Rabbi Amichai and Miriam last year, many memories and anecdotes like these gradually appeared to have occurred differently than I initially recall. It was almost as if they were brand-new experiences.

It was as if the florist now had managed to disarm Mrs. Weber with something good, something wholesome that already existed within her, Mrs. Weber simply elicited the joy she felt when she saw the bouquet she had ordered. It was as if she then passed on that bouquet, that joy, to whoever Mrs. Weber was on her way to.

It was as if the chain of giving would have been sadly broken and blocked at a critical point in time and space where it needed to flow right then and there if the florist would have sold her bouquet to someone else, and never would have reached out to her on the phone. As if the florist had the option, the free choice, of causing or not causing an unnecessary detour for love and kindness, she gracefully chose not to cause.